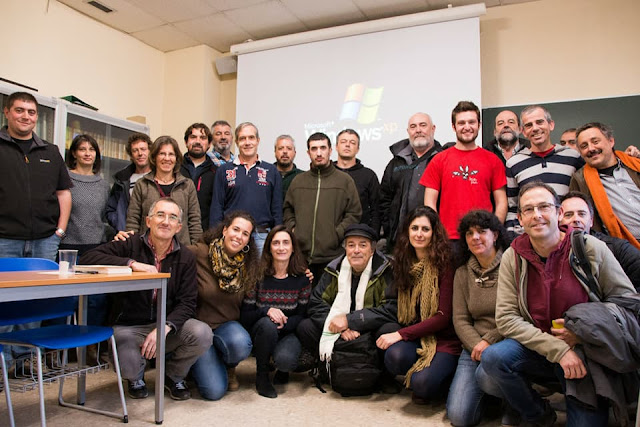 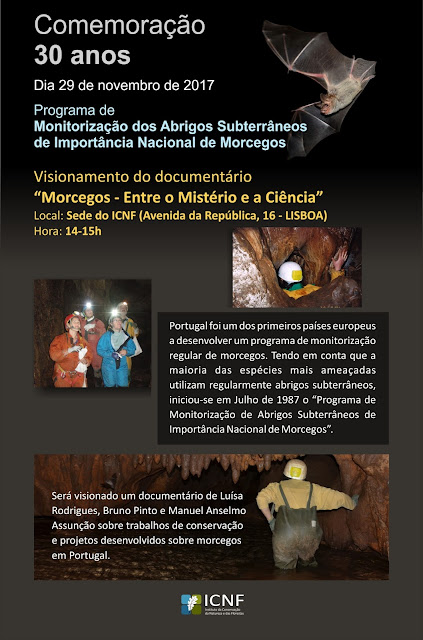 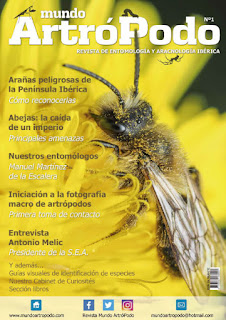 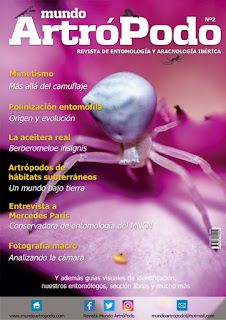 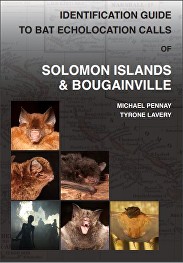 
IMPORTANCE OF HOST ECOLOGY FOR THE PRESENCE OF BARTONELLA SPP. IN THE ECTOPARASITES OF INSECTIVOROUS BATS IN CENTRAL AND SE EUROPE [O]

Bats are ideal hosts for a number of specialised arthropod ectoparasites, such as mites, ticks, fleas and flies. Their most specialised ectoparasites are the hippoboscoid flies, mostly flightless flies occurring only on bats. Throughout their blood-feeding, these ectoparasites are able to transmit a number of pathogens, and are known vectors of a number of viral, bacterial or protozoan diseases. Among these, a wide variety of bacteria of Bartonella spp. are known to parasitize bats and their ectoparasites. The aim of the present work was to assess, by PCR and sequencing, the prevalence and diversity of Bartonella spp. in hippoboscoid flies of bats occurring naturally in Hungary and Romania, and to find factors contributing to the high diversity recorded. In order to achieve this, we made molecular identification of Bartonella sequences from parasitic flies and compared them to sequences deposited in GenBankTM and evaluated the importance of host and vector ecology for the presence and prevalence of these bacteria. In our study 158 bat flies tested positive for Bartonella spp. DNA (29.1%). Bartonella spp. sequences were identified in 8 out of 10 Nycteribiidae fly species, collected from 11 out of the 14 bat species studied. Polyxenous bat flies had the lowest prevalence. Individual nycteribiid fly species explained the distribution of Bartonella spp. only marginally; with only 4 species contributing significantly to the observed pattern. Bat host species explained most of the variance found in Bartonella spp. distribution, with 6 individual species significantly contributing to the modelled distribution. Bat gender was another significant factor, with males carrying more than twice as many Bartonella-positive bat flies than females. The bat roost site also made an important contribution, as significantly higher number of Bartonella-infected bat flies were collected on bats using underground shelters, than from bats roosting either in buildings or in trees.


NEW DATA ON THE PRESENCE OF NATHUSIUS’S PIPISTRELLE IN THE CANTABRIAN COAST: A MIGRANT OR RESIDENT SPECIES?[P]

Nathusius’s pipistrelle is a long distance migrant species, although sedentary populations are also known. In the Iberian Peninsula it is a very rare species: most of the data come from isolated individuals found in autumn or winter and are attributed to migrant specimens, but so far, their movement patterns are unknown. However, on the Mediterranean coast (NE of the Iberian Peninsula) there is a small resident population, which in summer only hosts males. In the last two years observations of this species have been collected in two bat boxes located in the Bay of Txingudi (Cantabrian coast). Both males and females have been identified, and their presence has been verified for 8 consecutive months, from the end of August to the beginning of May. Only in the warmer months does it seem to be absent from the site.

Ultrasound calls of infant greater horseshoe bats (Rhinolophus ferrumequinum) and lesser horseshoe bats (Rhinolophus hipposideros) were recorded from birth to 27 days of age in two separate roosts in Wales in June and July using a time expansion bat detector modified for 24 hour recording periods. The ultrasound social calls of adult greater and lesser horseshoe bats were also recorded in the two nursery roosts and were classified according to the frequency of the fundamental, the number and duration of the harmonics and the number of syllables in a phrase. The constant frequency (CF) or frequency modulated (FM) calls were compared with adult social calls identified previously. Although the echolocation frequencies of the greater horseshoe bats were typically 83-84 kHz and the lesser horseshoe bats 110-114 kHz the infant calls were similar. Ultrasound calls with fundamental frequencies between 15-42 kHz were identified as 7 categories of infant development calls and 15 categories of adult ultrasound calls. There were five distinct stages in the development of infant ultrasound calls recorded with the age of the infant bats, determined by forearm length. Stages 1-3 developed from polyharmonic isolation calls uttered through the mouth to attempts at echolocation and corresponded with Type A-C adult ultrasound social calls. Stages 4-5 infant calls were nasal attempts at echolocation that corresponded with Type E adult modified echolocation calls. There were no comparable infant calls to the Type D adult advertisement calls. A survey of ten lesser horseshoe roosts in Wales showed that infant ultrasound calls provide a means of identifying not only the presence of a nursery roost but the dates at which births started and infants began flying, The ideal time for static preset extended periods of monitoring would be from 20.00 - 08.00 h GMT in June and July. This ultrasound monitoring provides a simple non-invasive method of identifying nursery roosts.


TREATMENT OF SOME BACTERIAL INFECTIONS IN FIVE EUROPEAN BAT SPECIES[P*]

ALEJANDRO CENTENO-CUADROS1 , ORLY RAZGOUR2 , CARLOS IBÁÑEZ1 , OSCAR DE PAZ3 , GONZÁLO PÉREZ-SUÁREZ3 , SUSANA MARTÍNEZ-ALÓS3 , JUAN L GARCÍA-MUDARRA1 , ADRIÁN REDOND1 , JAVIER JUSTE1,4**, **juste@ebd.csic.es 1Estación Biológica de Doñana (CSIC), Seville, Spain; 2Biological Sciences, University of Southampton, Southampton, U.K.; 3Depto. Ciencias de la Vida, Universidad de Alcalá, Madrid, Spain; 4CIBER of Epidemiology and Public Health (CIBERESP), Madrid, Spain. We investigated the genetic diversity and structure within two sibling serotine bats (Eptesicus serotinus and E. isabellinus) in Iberia, both in their contact zone and in allopatric areas of their respective distributions and combining the information of a fast evolving mtDNA Hyper Variable (HVII) fragment and 10 microsatellites. A multimarker approach combining the information of the microsatellites with mtDNA sequences through Approximate Bayesian Computation (ABC) was used to test different phylogeographic patterns, and clustering algorithms based on codominant markers were used to identify possible gene flow and the presence of hybrids between the two species. Sampling included a total of 107 E. serotinus bats from 6 maternity colonies (two of them located in the contact zone between the two species), and 231 E. isabellinus from 13 maternity colonies (five within the area of sympatry). mtDNA diversity was slightly higher and showed deeper geographic structure for E. isabellinus. Haplotypes relationships showed no mitochondrial introgression or capture between the two species. Microsatellites showed two main groupings corresponding to the two species with similar diversity values between them and null within species structure, as expected in a male mediated gene flow system. ABC inference placed both species’ populations split times as post-LGM and in continuous expansion. The central sympatric populations were colonised from the allopatric populations at approximately 6250 years ago for E. isabellinus and 2600 years ago for E. serotinus. The combined model indicates that contact between the sympatric central populations has resulted in gene flow from E. isabellinus to E. serotinus. Specific assignment tests confirmed the existence of hybrids in both species and which were found only in the contact zone. Hybridization proved to be highly asymmetrical, and as predicted by the ABC, most of the cases were found within the two sympatric colonies of E. serotinus,


PURPOSE-BUILT HIBERNACULA FOR BATS – ARE THEY FUNCTIONAL? [P]

In many lowland areas bats are mostly restricted to artificial buildings and other underground structures for hibernation. An increasing economic pressure stimulates either the re-use of these structures or their demolition to make space for new developments. This results in bats loosing many of their (to us unknown) hibernation sites. To compensate for this loss of hibernation sites, the first purpose built hibernation structures were built in 1984. Between 1984 and1991, on average two structures intended as underground bat hibernacula, were built per year. Change in subsidy policies and the discovery of cheaper ways to build underground sites accelerated the construction of new hibernacula. Between 1991 and 2015, between 6 and 12 structures were built annually. These structures were mainly built as active conservation measures, often as a part of local landscape enhancements. We estimate at present 200 purpose-built bat hibernation structures exist in the Netherlands. However, the effectiveness of these purpose-built hibernation structures is often debated between conservationists. To gain insight in the effectiveness of these structures in the Netherlands, we analyzed the database containing all hibernation counts of the Dutch Mammal Society, which is managed within the framework of the Network Ecological Monitoring (NEM). Among all hibernation sites we focused on purpose-built structures. The structures used in our analysis varied from smaller square concrete profiles covered with earth (4– 20 m2 ) to larger and more complex structures (> 50 m2 ). We checked what proportion of these purpose-built structures is used by hibernating bats, calculated the time since construction and what proportion seems not to be used even after prolonged waiting times. We try to correlate these data with volume, type of surrounding landscape, distances to known traditional hibernacula, differences in regional densities of different bat species (in winter) and on-site climate condition


BEHAVIOURAL AND PHYSIOLOGICAL RESPONSES IN RHINOLOPHUS EURYALE IN HIBERNATION[O*]

We studied behavioural and physiological features related to foraging during winter arousals from torpor in the Mediterranean horseshoe bat, Rhinolophus euryale. The observed colony hibernated in a cave located on the border between Slovakia and Hungary during four hibernation periods from autumn 2011 until spring 2015. We analyzed foraging, digestion, defaecation and microbial flora of bats by non-invasive methods from the faeces and based on morphological analysis, DNA analysis, proteonomic analysis, petrographic analysis, cytological analysis, microbiological cultivation and non-cultivation analyses and biochemical analyses of digestion enzymes. We found that R. euryale intermittently aroused during winter and produced both typical consumptive as well as non-consumptive faeces (produced after no feeding activity). This species became active and emerged from the cave mainly when the outside temperature was mild. Consumptive faeces during the winter contained only the order Lepidoptera. Non-consumptive faeces contained high concentration of inorganic material of cave origin and the virtual lack of prey indicates that drinking as well as direct sediment consumption occurred. Enterobacteria and enterococci in the faecal samples decreased during hibernation and only reached pre-hibernation numbers at the end of hibernation. There were time-dependent changes in the gut microflora and the decrease in bacterial variability was dependent on the hibernation stage. The activity of digestive enzymes (amylase, chitobiase, endochitinase, glucosaminidase) was detected in fresh feaces during the whole winter. Activity of chitinases was relatively stable during the winter, but activity of amylase was highest during late November and December. We conclude that R. euryale is physiologically ready to hunt during the winter when suitable conditions occur, but winter arousals are unlikely to be directed towards gaining energy through foraging, but more likely are aimed at active drinking. 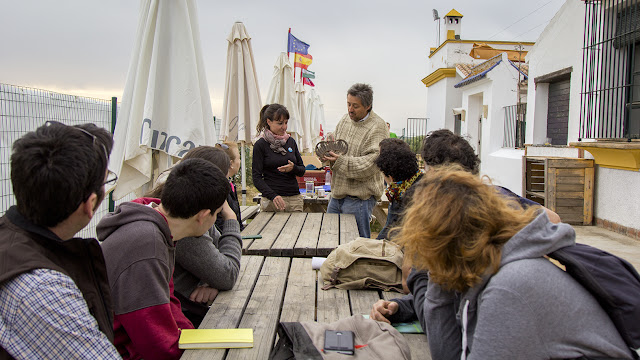 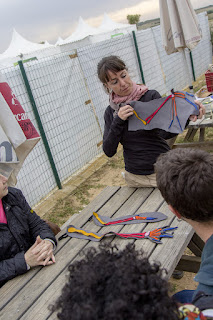 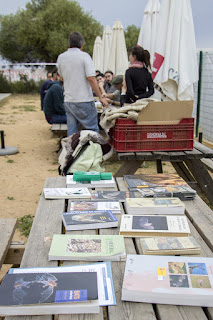 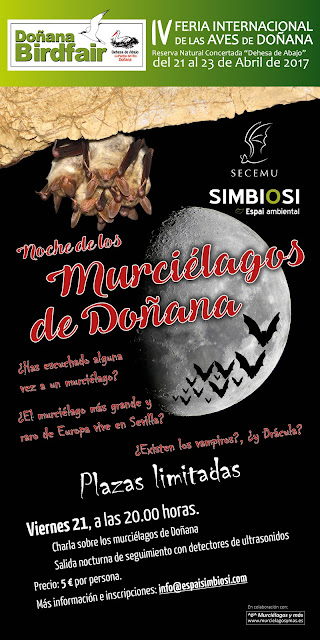 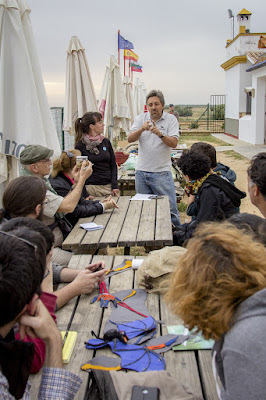 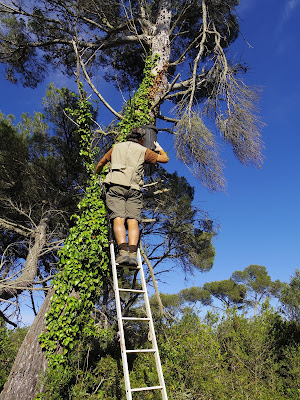 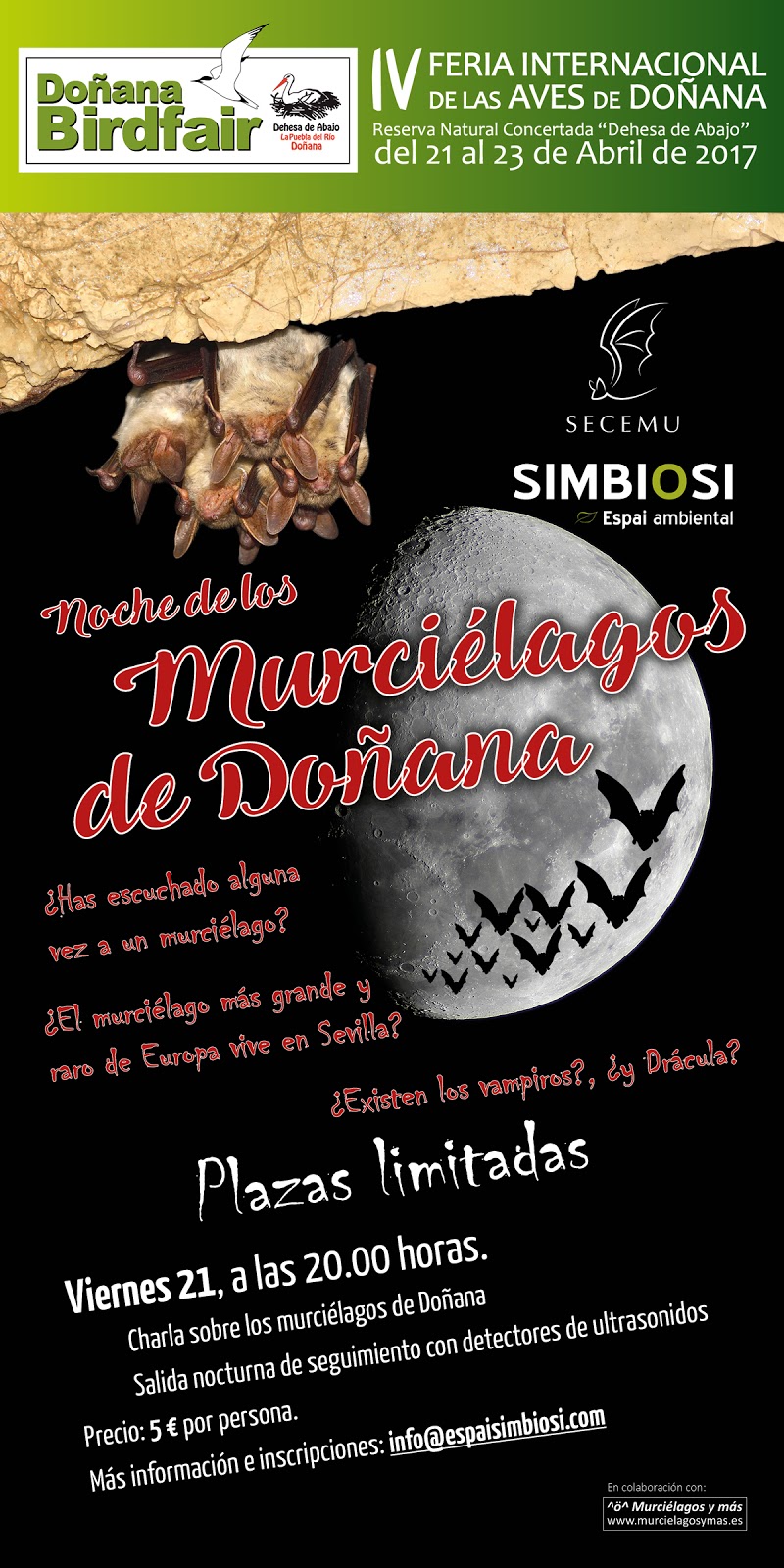 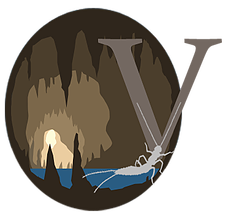